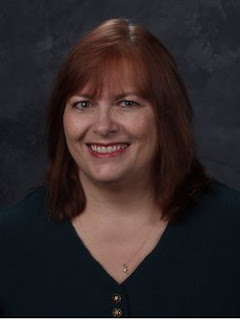 Today, I'd like to welcome D. L. Osment, author of “Deathmyth” to The Thursday Interview. Before we get started, a quick intro!


She has been a professional writer since she was thirteen years old, first as a journalist, then as a screenwriter, now focusing on fiction. Her latest film is 2014’s multi-award-winning SANDBOY, directed by Vittoria Colonna di Stigliano and produced by Julian Lennon. She co-produced AFI’s UBUNTU’S WOUNDS, which won Best Short Film at the Pan-African Film Fest in LA, screened at Cannes & Toronto, and was distributed by HBO. She was American Production Coordinator for the documentary BURMA SOLDIER, distributed by HBO and winner of the 2011 Grand Jury Prize for Best Documentary at the UN Film Festival. She consulted on THE FORSAKEN LAND by Vimukthi Jayasundara of Sri Lanka which won the Caméra d’Or at Cannes in 2006.

No.2 What is the difference between being alive and truly living?
I live a life made up of what I call “magic moments.” My life also actively includes the parts of the Universe that can be discovered by going deep inside oneself through meditation and far outside oneself through the Hubble Telescope. I recognize the music of the spheres and both listen to it and sing it. For instance, I was trying – with a great degree of ineptitude – to set up a blog. I had been trapped on a page and couldn’t figure out how to navigate away from it. In desperation, I meditated and went to my workshop, which is a place from which I can access the knowledge of the Universe. I called on a friend who is into web design but was asleep 5,000 miles away and asked him to help. He promised he would do what he could. When I opened my eyes and looked at the computer again, there was a blue line blinking away under one of the choices – not one that I would ever have chosen. I clicked on it and was immediately where I needed to be. That’s something that logic dictates could never have happened, but I know that it did. I feel, too, a connection to all people around the world. The latest post on my blog celebrates the Nepali Festival of Dashain which brings peace, prosperity and happiness to all for fifteen days. I support the Catalan fight for independence. I am a charter member of ONE – which fights world poverty – and a supporter of Wounded Warriors and Doctors Without Borders. I am a living citizen of the Universe.

No.3 What motivates you to write?
I am not motivated to write; I am a writer. It’s all that I’ve ever been. I wrote my first story – in which the heroine went off to ballet school – when I was six and was first paid for my writing when I was thirteen. I have been a professional writer ever since. I guess I don’t know how to not be a writer.

No.4 Why do humans want children?
During my teenage years, two little boys frolicked through my dreams. I knew they were my children and felt compelled to give them life. I did so. My older son was murdered when he was sixteen, but he taught me those most profound lessons about the nature of life and reality in the year before he died. My younger son makes my heart sing when I speak to him. I am so proud and humbled that I helped him to be. As for why other people have children, I think it probably has something to do with replicating themselves, leaving footprints in the sand of eternity.

No.5 What was the biggest challenge in creating your book "Deathmyth” ?
I lived a life-changing, supernatural incident in my life and have always felt it was incumbent upon me to share it with as many people as possible. My son returned from a day at Venice Beach to tell me that he had swum with dolphins and now knew he would die within the year. We went through the paranormal and agonizing year of getting ready for David to die. On November 19, 1988, he was killed by a drunk driver. I tried and tried to make it somehow his fault but his killer was a complete stranger, David was a passenger in a vehicle, and he had a clean tox screen. I needed to tell David’s story, reveal some of the other metaphysical experiences I had, and explore my own mental illness. Creating a world in which I could do all those things, and still appeal to the average recreational reader, was the biggest challenge of writing the book.

No.6 What is the most important thing you have learned in life so far?
The most important thing I have learned so far is that there is more to life than that which we perceive in what is commonly called “reality”. I have met angels and the Devil. I have been through two incidents in which death was foretold and subsequently came to pass. I have had visions which turned out to be true depictions of actual events and entertained visitors from the afterlife. Life, for me, is a collection of magic moments.

No.7 How did you come up with the title "Deathmyth" ?
I found the title “DeathMyth” in my book. I first started this book in 2008 and wrote about half of it. In April, I had the opportunity to take a three-month novel-writing course and decided to take out the old manuscript and see whether, with the guidance of my teacher and suggestions from other students, I could conjure up an ending. In going through what I had written before, I came upon a scene where one of my main characters had spent a sleepless night with the two terms “Myth of Death” and “DeathMyth” chasing each other in her head. I don’t know where that scene came from – most of the book is true so it may well have been an actual experience – but I decided I liked “DeathMyth” as a title.

No.8 How do you handle personal criticism?
Personal criticism, hmmm? I am my own worst critic so personal criticism seldom comes as a surprise to me. I do my best to live my life in a way that does not invite criticism – I try to be kind and generous and understanding, as well as a good and sympathetic listener. I constantly strive to be a better person.

No.9 Why should people read your book?
Someone told me today that she “loved this book. It is a quick read and extremely thought provoking.” I think the “thought provoking” part is the reason to read my book. I reveal, in depth, what it’s like to be mentally ill but a surprising number of my sane readers have shared back that they were able to relate to various aspects of it. In addition, my characters – even Lucifer and Michael the Archangel – are all finely drawn and involving.

No.10 Why is there something rather than nothing?
There is something rather than nothing because if there weren’t something, there would be nothing, and nobody to ask the question. I think the more interesting question is why have human beings evolved so they can perceive such a tiny portion (less than one percent) of the electromagnetic spectrum which makes up everything in the Universe. Are we condemned to live in monumental ignorance or is it our job to expand our perception so that we can take in all the glories that are available to us?

Thank you Deborah :)
For taking the time to answer my questions
& the best of luck with your new book!

Check out “Deathmyth” on
GOODREADS & AMAZON 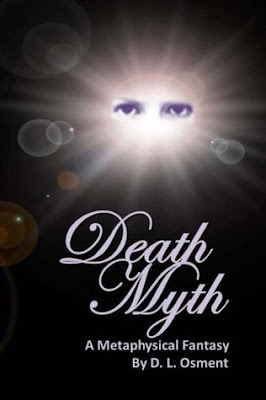 Dr. Leopold Weintraub lived a normal life. Happily married with two children, he owned a beautiful home on Los Angeles' Venice Canals. His psychiatric practice focused on the neurotic denizens of affluent Santa Monica who wanted to whine about their lot in life. Stella Morelli, a filmmaker of some renown, should have been just another name on his roster of patients. Stella, however, walked into his office with madness, mayhem, and an agenda. God, she explained, was temporarily out of commission. It was Stella's mission to put God back on his throne and she required his assistance. By the way, for this job, he would be working closely with Lucifer and the Archangel Michael, the entire world would be their theater of action, and forty-four people would have to be dead. Dr. Leo took a deep breath and stepped up to the plate, he became the recording secretary for this apocalypse.