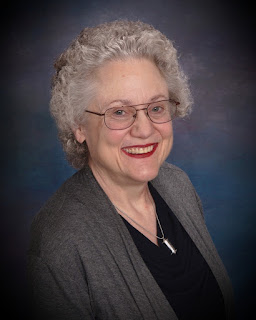 Today I'd like to welcome Lelia Rose Foreman, author of “Shatterworld” to The Thursday Interview. Before we get started, a quick intro!

Lelia Rose Foreman has raised and released five children, and now releases books. She also tries to get books to Rwanda. She and her husband traveled the world in the Air Force and presently make their home in Vancouver, Washington.

No.2  What is the difference between being alive and truly living?
Being alive involves metabolism, cellular activity, respiration, digestion: all things of a scientific, biological order. Truly living involves behaving or living according to a purpose that brings occasional joy.

No.3  What motivates you to write?
I don’t know. I want to write stories other people will understand and enjoy. But WHY I want to do that instead of rock climb or bake pies, I can’t really tell you.

No.4  Why do humans want children?
I don’t know. I do know that when I hit my second year of marriage I thought I was going to die if I didn’t have a baby. So the baby was born in the third year of marriage. A few years later I was seized by the urge again and had another one. During the third pregnancy, I thought I would die, and not as a metaphor. During the following illness I deleted the ability to have children. And when the urge hit again, I adopted two children. When I had to fill out the form that asked why I wanted to adopt, I said, “Um.” a lot. I still don’t know why.

No.5  What was the biggest challenge in creating your book "Shatterworld"?
At the time I was writing Shatterworld, my severely-autistic daughter was cutting up every piece of paper in the house she could find. I needed to hide the manuscript by crawling into the eaves and following them to the attic space over the garage. And then I would screw back the board that hid the hole to the eaves. Now there are thumb drives.

No.6  What is the most important thing you have learned in life so far?
I don’t know. That life isn’t fair? (and that’s usually a good thing?) That God is good? That the historicity of Jesus Christ must not only be acknowledged, but he must be committed to? Ah, I’ll go with the third concept.

No.7  How did you come up with the title "Shatterworld"?
The world the colonists settle on has been shattered by a series of massive asteroid strikes. The title seemed an obvious choice. I wanted a title that would catch the curiosity of a browser.

No.8  How do you handle personal criticism?
With intense rage. Which I then attempt to smother. When it comes to criticism of the book, I already know that no book will please everybody. I’ve been astonished that at the date of filling out this interview, the book still has not garnered a single one or two star review. Not that I’m challenging anyone to be the one who plunks down a one star. However, since in my opinion a three-star review is still a positive review, I am elated by all the positive reviews I’ve gotten. Still, it’s only a matter of time before someone loathes the book and makes that loathing public. And when he or she does, I’ll survive.

No.9  Why should people read your book?
Not all people should read my book. People who hate fiction, and people who in particular hate science-fiction, should go read something else. People whose only interest is pornography or Amish romance will likely not enjoy the experience of reading Shatterworld. Etc.

BUT, people who like science fiction that encompasses a whole range of viewpoints and enjoy seeing life through alien eyes will be the ones most likely to have a good time with the book. People who like science in their science fiction as well as aspects of sociology will likely enjoy the book. I make no promises. Who knows what particular thing I included in the story will press some particular person’s hot button? Still, I’ve been gratified by all the five stars the book has received so far. I think that indicates that a lot of people COULD enjoy reading Shatterworld.

No.10  Why is there something rather than nothing?
Well, some people would go back all the way to the big bang and swift expansion, and possible bring up properties of the vacuum where particles pop in and out of existence whimsically. Others would go back to molecules simmering under earth’s initial heat and lightning, and coalescing into polymers that coalesce into micelles that coalesce in vesicles and (a miracle happens) and RNA makes DNA to hold more information etc. I think it can all be summed up as: God.

Thank you Lelia   :)
For taking the time to answer my questions
& the best of luck with your new book!

Check out “Shatterworld” on
GOODREADS & AMAZON 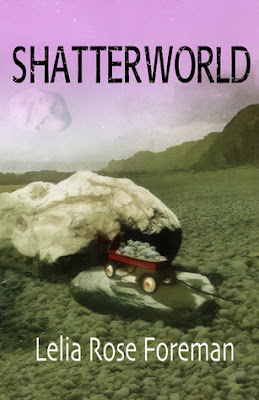 Fleeing persecution and low on fuel, religious refugees from Old Earth find themselves stranded on a planet with a dark history. The promise of a future is shadowed by a dreadful past.

Twelve-year-old Rejoice Holly is expected to someday become a farmer's wife, and set aside her dreams of astronomy. But the discovery that their Promised Land is already inhabited isn't helping her struggle between duty and dreams. Peace seems precarious, and the voice of reason is being silenced by one of fear.

As a new danger looms, the friendship or enmity forged could save or doom them all. Will the colonists and natives be able to set aside their differences for the sake of survival?