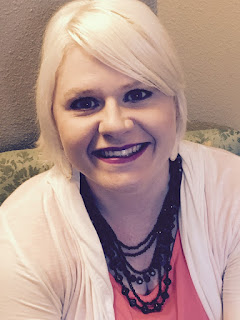 Today, I'd like to welcome Shannon Myers, author of “From This Day Forward” to The Thursday Interview. Before we get started, a quick intro!

I'm a born and raised Texan. I moved to Denver, Colorado in 2003 and met the love of my life. After having our first son, we decided to get back to that small town feel and moved back home. We had our second son in 2011 and let me just say that those boys have my heart. I've always been a hopeless romantic and I love a good "Happily Ever After" just as much as the next person. I've always had ideas for stories and loved to entertain my family with short stories growing up.

No.1 Would you break the law to save a loved one? Why?
This question reminds me of Kohlberg’s moral dilemmas - specifically the one where the husband steals a drug from a druggist to save his wife. For me, there is no question, I would absolutely break the law to save the life of a loved one. I think, for me, the minute I knew I was pregnant with my oldest I knew I would give my life for him. My husband and kids are my world and I’d do anything to keep them here with me longer.

No.2 What is the difference between being alive and truly living?
I think many people go through life, just to survive. They attend the same jobs, see the same people, and never branch outside of their comfort zones. They are, for all intents and purposes, just alive. I’ve been there before. There were times in my life that I felt like I was just trying to get through the day. I’ve found that to truly live, you have to take some risks and change up the routine.

No.3 What motivates you to write?
I feel like I’ve constantly got a story building in my head. I’ll get an idea and unless I get it down on paper, it dominates my thought process. I find that once I have an idea and begin writing, the story kind of takes on a mind of its own. I’m motivated to write because I don’t want those ideas to be forgotten and once I’ve started, I’m invested.

No.4 Why do humans want children?
I can’t speak for all humans, but I’m the oldest of four children and I enjoyed taking care of my siblings when they were younger. I always knew I wanted a family of my own, I like the idea of sharing my life with my littles and getting to see who they become as they grow older. Plus, if I didn’t have kids what would I do with all of the extra free time? Ha!

No.5 What was the biggest challenge in creating your book, From This Day Forward?
The biggest challenge was in giving up control. I originally wrote the story a specific way, but it wasn’t well received and it felt forced. When I went back and read it, the clues were there all along, so I wrote the book the way the characters directed. It took me another two years from there before I felt confident enough to release it to the world.

No.6 What is the most important thing you have learned in life so far?
I’ve learned that life is too short to waste time. I’ve come to realize that I’m not going to be everyone’s cup of tea and I need to be okay with that. I feel like I wasted too much time chasing after people, trying to make them like me. It was such a relief to come to terms with the fact that I’m better than that. To be unapologetically myself has been freeing.

No.7 How did you come up with the title From This Day Forward?
From This Day Forward is a story that deals with marriage and the vows we take. This is also a story where one of the characters has amnesia from an accident. I like how the vow, from this day forward, covers both aspects of the story.

No.8 How do you handle personal criticism?
I don’t like being criticised, but I do believe criticism is necessary in order to grow. I think that we can become stagnant if we have never received any constructive criticism. I liked my original story, but when the feedback I received was negative, it forced me to look at the story through someone else’s eyes. In the end, I think the story was so much better thanks in large part to the criticism I received. On that note, I am aware that I will never write a story that everyone loves, and that’s okay too. I think when it’s done constructively, criticism can be seen as a challenge, a new way to break outside the box.

No.9 Why should people read your book?
I think if you are a fan of romance, then you should read this book. It’s not insta-love, which I am also a fan of, but it’s real. I feel like this is a real life romance, where every character has their flaws, but you find yourself still rooting for them in the end. While it does end in a cliffhanger, the second book will be released in July and it does feature a happily ever after.

No.10 Why is there something rather than nothing?
There is always something. Even in the midst of the worst tragedy, the story isn’t over, not by a long shot. It might be something that you were unprepared to face, but it will not be the end of you. I like to tell my husband when things get rough, “This moment right here? This is where we turn it around. This is where we have our comeback.” Even when I pass, I know that a part of me will live on inside my kids. That is why there will always be something, rather than nothing.

Thank you Shannon :)
For taking the time to answer my questions
& the best of luck with your new book!
Check out “From This Day Forward” on
GOODREADS & AMAZON 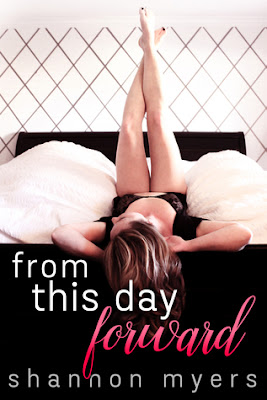 Elizabeth tries to pick up the pieces when her marriage falls apart, but after an accident she finds that nothing in her life is as she remembers it- including her husband.